Transportation and Accommodation usually are the 2 important things during the whole trip, here are some tips that might help you to get around Nanjing easily :)

Travel between Shanghai and Nanjing by high-speed trains.

Regarding the train stations:

And the routine usually is:

Note: All of the are single seated with a great view on the side. The seat location can not be selected, it will be assigned based on the ticket system.

Subway/Metro Line: we have 7 metro lines so far.

Line 10 (golden): opened in 2005 and a new extension opened in 2014. From Andemen (Yuhua District) to Yushanlu (Pukou District). This one is the first metro goes under the Yangtze River, and we going to have another 2 coming.

Line 3 (emerald-green): opened in 2015 from Mozhoudonglu (Jiangning) to Linchang (Pukou). This connects from Nanjing Southern part and Northen part, goes under Yangtze River, it`s an amazing project itself. At Nanjing South Railway Station, you can transfer into Line 1 and Aiport Line S1. Confucius Temple (Fuzimiao Station), Jiming Temple, and City Wall (Jimingsi Station) and IKEA (Kazimen Station) can be reached by Line 3.

We`ve got a new line!

Line 4 (purple):opened in January 2017 from Longjiang (West) to Xianlinhu (East). The line is colored purple as it runs near the Purple Mountain.

Airport: Nanjing Lukou International Airport (NKG) has 2 terminals, the terminal 2 opened in 2014 July 18th, and Metro Line S1 connects it from Nanjing South Railway Station, it will only take about 40minutes to get the airport. Or if you have a lot of luggage, you can grab a taxi or take the shuttle bus to the airport. Grab a taxi from the airport to the city should be around 80CNY to 120CNY + 10 toll fee + 2 gas compensation (per ride). Shuttle bus is 20CNY/ticket.

Taxi: all yellow cabs. We have 4 kinds of prices, but mostly 9CNY for the first 3KM, 2.4CNY/KM after that, each ride you will add 2CNY extra as the gas compensation. During rush hour 7 am to 9 am, and 5 pm to 7 pm, it will use meters and timer.

Bus: we have over 100 buses lines, though none of them has English for the stops, so it would be really tough to get around by that, plus the bad traffic, so subway would always be the priority choice.

The best way to do is you can email me about where you want to stay, price range and preference such as staff speaks English, places near tourist attraction, places near train station, clean, comfortable, I can recommend you some hotels, or you can list your hotels that you would like to stay then I can give you some suggestions, because sometimes pictures are different as the real rooms.

Personally, I like using booking.com to find the hotels with good deals. 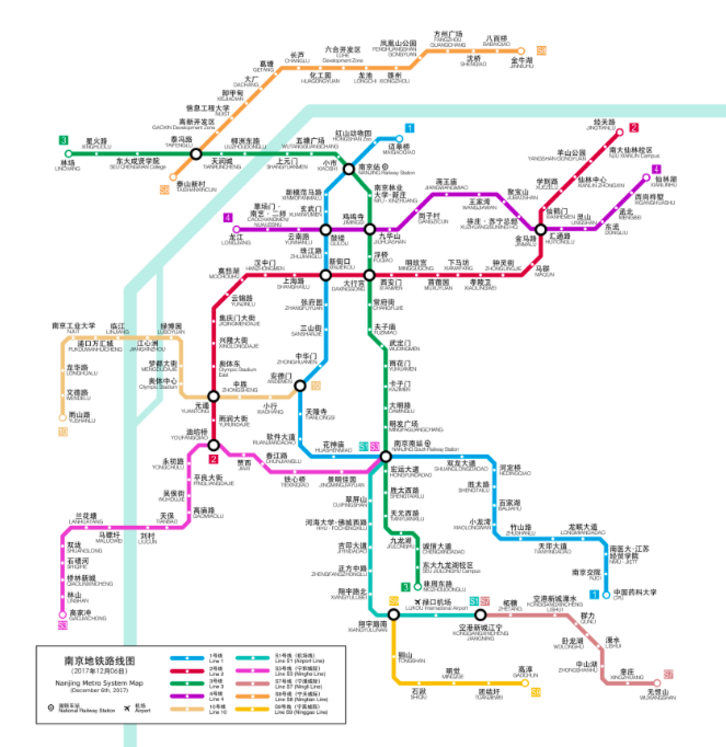 Fare:  Like many metro systems in the world, fares on the Nanjing Subway are distance-based. 2CNY for 1 to 8 stops, 3CNY for 9 to 13 stops, 4CNY for 13 stops, 5 yuan for longer journeys. We do not have day pass or weekly pass, but we have pre-paid cards which we call Nanjing Public Utility IC Card, if you going to live here for a while, this card will be a good option, you can use this card to take subways and buses.There is a 5% discount for users of the Nanjing Public Utility IC Card.

The best time to visit Nanjing would be March to June, and September to November.  Starting July, Nanjing is too hot and humid, we get 42C sometimes. Though we still welcome you to the experience of famous Sauna weather :P